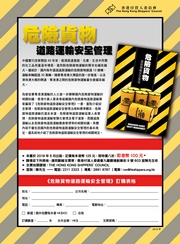 Hong Kong ready to reconnect with the world

July was a momentous month for Hong Kong for a multitude of reasons. Not only did the SAR usher in a new era of leadership, but it also celebrated the 25th anniversary of its return to China.

Buffeted by the incoming storm winds of Typhoon Chaba, the 6th Chief Executive of Hong Kong John Lee was sworn in by President Xi Jinping on the morning of July 1st at the Hong Kong Convention and Exhibition Centre in Wan Chai.

At the time of writing, it had been also suggested that the new Hong Kong government would alter its quarantine requirements and allow travellers to spend five days in a hotel followed by two days at home.

Considering Hong Kong’s dual status as a global financial hub and a gateway to mainland China, the previous iterations of its quarantine measures have been a bane for travellers and international businesses.

But considering the impact of the city’s tough COVID-19 restrictions and certain geopolitical tensions between China and the US, these revisions may not be enough to restore international confidence in Hong Kong.

Instead of simply waiting for business to return to us, we should be proactively seeking out businesses and drawing them back to our shores.

As far as international trading is concerned, the public and private sectors must work together to organise sizable delegations to attend international trade fairs, conferences, award shows, and other such events so that we can increase Hong Kong’s brand visibility on the world stage.

And while the usual Western economies are still integral, I am more inclined to investing our efforts into developing economies, especially those in Asia.

Based on current trends, it seems certain that the global economy will remain unstable, especially around Europe. This is largely in part due to the ongoing war in Ukraine that has impacted the global food supply and fuel prices.

Inflation and interest rates will likely remain high and the geopolitical tensions between China and the US are unlikely to end soon and will therefore continue to add strain on international trade and investments.

And even though China will remain an important growth engine for Hong Kong’s economy, various forecasts are predicting slower growth for the mainland due to the aftershocks of the sporadic lockdowns during the second quarter of 2022.

But as I have said in my previous messages, developing markets across Asia are ripe for growth and would certainly do wonders for growing our own local enterprises.

The diversification of manufacturing activities from mainland China to Southeast Asia are forecasted to accelerate at breakneck speed in the coming years. These economies are showing few signs of slowing down, so it is imperative to “get in on the ground floor” and make the most of these opportunities.

But let us not forget that opportunity and risk are twins, and for some they are the same thing. If Hong Kong wishes to make the most of these opportunities, then it certainly has its work cut out.

For one thing, these developing economies still come with certain risk factors, such as volatile political regimes, trade restrictions by foreign governments, labour issues, infrastructure limitations, foreign exchange rate risks, and an overall lack of regulation, to name a few. While the rewards certainly outweigh the risks in the long run, these risks must still be managed and mitigated.

The two areas that Hong Kong-based enterprises will need help with would be gaining knowledge of local networks and appropriate strategies for investing in emerging markets. It would also be prudent for both the private and public sectors to cooperate in such matters.

Regarding knowledge of local businesses and their practices, while consultants and professional networks would be helpful, I am a firm believer that a business needs to have a solid physical presence in the markets they wish to become a part of.

While Hong Kong could function as an offshore management centre, it is no substitute for on-site management, especially in economies that are volatile and lack transparency.

As for investment frameworks and strategies, this is where the public sector would best contribute.

International framework agreements such as the Regional Comprehensive Economic Partnership (RCEP), multi or bilateral free trade and investment agreements, trade promotion organisations, and special economic zones and foreign direct investments — two of which often go hand-in-hand — are areas in which businesses will turn to the public sector for a hand-up.

It’s clear that greater cooperation between Hong Kong’s public and private sectors is needed. Given the turbulence of the last two years, Hong Kong enterprises need to shake things up — and sooner rather than later — if they wish to stand any kind of chance in reconnecting with the world.